Contents hide
What Are Habits
Habits vs Addiction
How Long Does It Take To Change A Bad Habit?
Understanding The Habit Loop
Trigger
Routine
Reward
Steps to Break The Habit Loop
How I Changed a Habit
Helpful Videos to Change a Habit
Suggested Reading
Thanks For Reading
Pin This Post On Pinterest
Tweet
Share
Pin
Share

As I write this New Years Resolution season is in full swing and millions of people are trying to change one or more bad habits. As you probably know from experience, most of these attempts will fail; trying to change a habit is difficult. There is hope however and I want to share what science says is the best way to change bad habits.

I know that you already know what a habit is, otherwise why would you be here? Still, it sometimes helps to be clear about what we’re talking about.

Habits are behaviors that have been performed routinely enough over time that the brain has made them automatic. On the plus side, this saves you the effort of thinking about things that you do all the time. On the other hand, it makes it hard to change a habit.

Addictions are harmful habits that the brain has mistakingly characterized as both desirable and good for you. This causes the brain to send strong cravings while you are attempting to change the addiction.

Addictions are significantly more difficult to change than habits. Everything in this article will still be helpful but it will be harder, take longer, and may not be enough. If you have an addiction I recommend talking to a professional for guidance.

How Long Does It Take To Change A Bad Habit?

You might have heard that it takes only 21 days to change a bad habit. Unfortunately that number is based on a study done by a plastic surgeon, Dr. Maxwell Maltz. The results aren’t actually very realistic. In truth, you can expect the change to take much longer.

I wish I could tell you that in X days your bad habit will be replaced but honestly that isn’t possible. There are a lot of factors that will determine how long it might take and it is very dependent on how dedicated you are. Understanding the habit loop will help you to understand how to change your habit.

Researchers at MIT discovered a three-part neurological pattern that every habit is governed by. The pattern is the trigger, the routine, and then the reward. Understanding this loop is the key to changing any bad habit.

A common example of a habit loop is your morning routine. Wake up (trigger) go to the restroom and get ready for your day (routine) and feel fresh and ready (reward). Most days you probably do the same things in the same order without thinking about it because you have developed the habit.

The first step in the loop is the trigger that activates the habit. This can be anything at all that the brain associated with the routine. When the trigger is activated the next step, the routine, begins subconsciously.

Identifying the trigger is critical for successfully changing a bad habit. It might be the time of day, location, an emotion, or even being around certain people. It could also be multiple things or a specific combination. You might find it helpful to write down those details as you notice them. You can do this in a notebook or get extra fancy and download a habit tracking app or even buy a habit tracking journal. 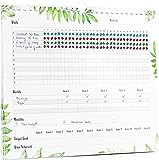 This step is the actual habitual activity. Not all routines are physical actions. It can also be something mental or emotional. This will be the most noticeable part of the habit and is going to be the thing that you are trying to change.

This is the positive feedback from the routine and is the reason that the brain initially started to form the habit. Often times the reward is pretty straight forward and easy to figure out, sometimes it is something that seems unrelated.

It is not always obvious what the reward really is. The best way to find out is to experiment with replacing rewards until you find what works. Once you have identified the reward then you can try and find acceptable alternatives if necessary.

Steps to Break The Habit Loop

Now that we understand how habits are formed and how they work we can finally get to talking about how to change them. I can’t overstate how difficult this can be, but by taking what you learn here with a healthy dose of persistence it is possible.

The steps are pretty simple to explain and I covered some of this above when explaining the habit loop. The goal is to replace the bad routine with a positive one that still provides the same reward. If you do this for long enough the bad habit will change.

Implementing these steps can be easier if you keep track of each one. Again, I recommend writing it down somehow, either a notebook, in an app, or in a habit tracking journal.

How I Changed a Habit

I wanted to share a personal story as an example of how this can work. Back in March 2018, I started a new job. I love my job but it is more challenging than anything I have done before. After a couple of months, I found that I had developed a habit of going to the cafeteria almost every day around 3 for a snack and something to drink.

It may seem weird but I didn’t even notice I was doing it so frequently until Summer pointed it out on our bank statement. I did some reflection and discovered the habit loop. Using that information I set out to understand and replace the habit.

The first step was to identify the trigger. My bank records made it pretty clear what the time and location were so I just focused on being more conscious of how I was feeling about that time. My first surprise was that I wasn’t really hungry at around 3 like I suspected, I was tired.

Once I understood the trigger, my next step was to understand the reward. Since I normally felt tired at the time I tried replacing the exercise, then the sugar, then the caffeine. Of the three the exercise turned out to be the primary reward.

Finally, I started the long process of replacing the routine. I first made of point of mentioning what I was doing with my co-workers so that they could provide some support. I had decided that I wanted to replace the habit with taking a short walk around campus to help me get through the mid-afternoon slump.

When I started to notice the urge to go get a snack I would instead take a walk in the opposite direction. When I got back to my desk if I still felt like I needed more I would eat a small healthy snack or have a cup of coffee. I also bought a wearable activity tracker to give me a little extra incentive to get some exercise in.

I would love to say that this has been 100% successful and that it was easy but I can’t. It was a slow and steady process of improvement but I was careful not to be too hard on myself whenever I would fall back on the old habit. After about 6 months I still sometimes get urges to go get a snack but it is much easier to control than before.

Helpful Videos to Change a Habit

I really appreciate that you took the time to read this article. Hopefully, you found it helpful and easy to read. If this helps you to change any bad habit that you have I would love to hear about it. I would also greatly appreciate it if you could help share this article. Thanks again and have a wonderful day!

I am the technical person behind OthFit.com. I write a little bit but most of my work is behind the scenes. I am working to get back in shape and reclaim some of the agility and strength I've lost to age and injury.

9 Simple Steps to Reach Any Goal

5 Ways To Love The Body You Have